Do Good Deeds, Even When Doing Nothing Is Easier. The word Good, is defined as many things by the Cambridge Dictionary. One instance of the definition is “successful, or able to do something well” while another means “morally right”. There is also a classic favourite definition which is “having a positive or useful effect”.

A positive and beneficial impact – That is usually what one aims when doing an act of goodness, an act of kindness, an act of selflessness. But why? In today’s world where it is easy to just “turn the other cheek” for a wrong that occurred right in front of us, where it is easy to just be invested in our own problems and not concern ourselves with the difficulty of others, why should we be doing good deeds?

Because it is the right thing to do. There is not one religion that does not call upon its followers to do good deeds. It is a universally accepted act, one that brings out the best in people, one that is proven by research to be good for the mental health, one that can inspire even the most cynical person to believe in humanity again.

People of all race and religion have the power within them to propagate goodness and positivity and this can be done by striving to eliminate hatred, prejudices, irrational fear, and also biased assumptions. We should all strive together to spread moral virtues despite our differences in faith, skin colour or even nationality.

For Muslims, there is an ayah in Surah Al-Maidah that states our differences, be it in religion or race, should not hinder us from working together to bring peace and positivity into this world. This diversity is in fact welcomed and should be embraced with compassion because at the end of the day, all we want is to do good and hopefully, inspire the people around us to do the same thing as well. As stated in ayah 48 :

“We have appointed a law and a practice for every one of you. Had God willed, He would have made you a single community, but He wanted to test you regarding what has come to you. So compete with each other in doing good. Every one of you will return to God and He will inform you regarding the things about which you differed.” 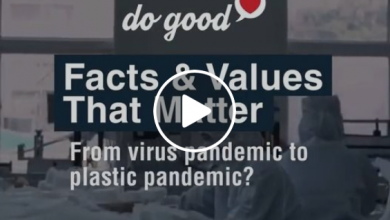